Mythcon 52
The Mythic, the Fantastic, and the Alien

Call for Papers is now available.

Due to ongoing health concerns and the realization that we could not in early 2020 plan something that might have violated future New Mexico state health and safety regulations, whatever they are in July-August of that year, the Council of Stewards decided to postpone the next in-person Mythcon until summer of 2022; the date will be July 29-August 1, 2022. Our venue and Guests of Honor have all agreed to this change and the conference theme will remain the same.

Your membership in the canceled 2020 Mythcon will automatically "roll over" to 2022 but if you cannot attend then, please contact mythcon@mythsoc.org and request a refund of your Mythcon 51 membership. For those who paid the non-member prices, your membership in the Mythopoeic Society associated with joining the conference will be extended by a year (again!). Thank you for understanding.


Theme: The Mythic, the Fantastic, and the Alien


Mythcon 52’s theme provides multiple opportunities to explore the Other in fantasy and mythopoeic literature. Tolkien spoke in “On Fairy-stories” of “the desire to visit, free as a fish, the deep sea; or the longing for the noiseless, gracious, economical flight of a bird.” We invite discussion about the types of fantasy that are more likely to put us into contact with the alien, such as time portal fantasy and space travel fantasy. In addition to Inklings, some writers who deal particularly well with the truly alien who might be explored include Lovecraft, Gaiman, Le Guin, Tepper, and others. Other topics that might be fruitfully explored are: depictions of the alien Other in film and television (Contact, Arrival, HBO’s Watchmen, etc.); developing constructed languages that are truly different from those of Earth-based humans; fantastical Others in indigenous myths (such as Coyote and Spider Woman from Native American mythology); and American folklore about the alien (flying saucers, alien abduction, Area 51, Roswell). 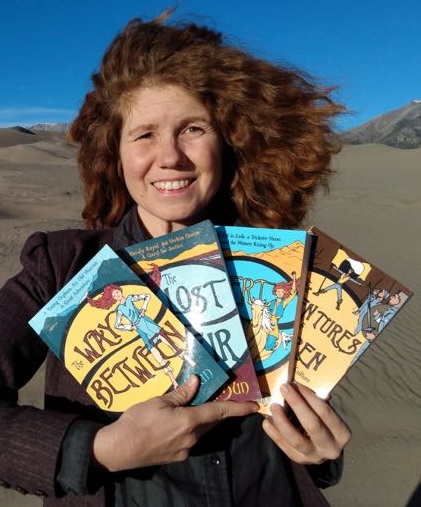 Rivera Sun is a change-maker, a cultural creative, a protest novelist, and an advocate for nonviolence and social justice. She is the author of The Dandelion Insurrection, The Roots of Resistance, and other novels. Her young adult fantasy series, the Ari Ara Series, has been widely acclaimed by teachers, parents, and peace activists for its blending of fantasy and adventure with social justice issues. Going beyond dragon-slayers and sword-swingers, heroes and sheroes in Ari Ara’s world stop wars and wage peace. They use active nonviolence to make powerful change. In all her works, Rivera Sun advocates that if we want to build a culture of peace, we have to tell new stories that still appreciate, but go beyond the old myths, epics, and legends that rehash outdated war and violence narratives. The Way Between, the first book in the Ari Ara Series, has been read by numerous groups of all ages, while the second book in the series, The Lost Heir, is the winner of the 2019 Nautilus Award Silver Medal in Middle Grade Fiction.

Please plan to join us at the Ramada Plaza Hotel by Wyndham in Albuquerque, New Mexico, for Mythcon 52. Albuquerque is a wonderful “destination city” where Mythcon has been held only once before in 2011 (Mythcon 42) and is well worth the return.