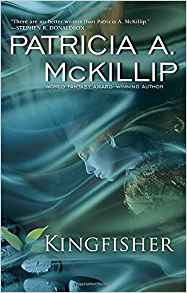 I was thrilled to be on the Mythopoeic Awards nominations list this year for my novel Kingfisher. I knew immediately that I would be in great company, and I look forward to reading all the other novels on the list. Thank you very much for adding to my "pride" of Mythopoeic lions!

Adam Gidwitz, The Inquisitor's Tale: Or, The Three Magical Children and their Holy Dog 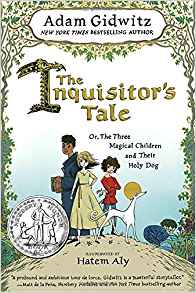 I would like to thank the members of the Mythopoeic Society for this honor. It is personally very gratifying.

The most important year of my professional life may have been before my professional life even started, when I spent a year abroad in Oxford, England. I was already a major fan of Tolkien and Lewis, as well as their friend GK Chesterton and their modern heir (in my opinion), Philip Pullman, and also many other literary Brits, including two of your past winners — the vastly under-appreciated Peter Dickinson and the probably appreciated-almost-enough JK Rowling.

So I spent some time posing in the Eagle and Child, pretending to be dreaming deep thoughts as the Inkings did but really just wondering why the English girls didn't find my American accent cute. I soon decamped for the lush lawns and exotic foliage of the Oxford parks. There, sitting under imported Eastern Hemlocks, I would read poetry and eat beef pasties and while the time away.

At Oxford, as you may know, tutorials are generally required twice a week. Lectures are offered more often, but they are optional, and I figured I was learning more from my poems and pasties then I would from a lecture. So I had, allowing for eight hours of sleep a night, about 110 hours a week of unmitigated freedom (well, excepting Hall, but a student can't survive on pasties alone). Some might have gone mad with that much free time. Others might have developed a hobby or maybe even done something useful. I did not. I luxuriated in it. And I felt akin to those, like the Inklings, who had done the same before me.

Many years later, I renounced copy machines and going to any place of work before 10am or staying there longer than two hours. The only option left to me, it seemed, was writing. And it was that year mimicking the inklings (sans their productivity) that I recalled as proof that the life would suit me. Lo and behold, it has suited me so well that I am now receiving an award from a society dedicated to honoring those that I was imitating. That is magical indeed. 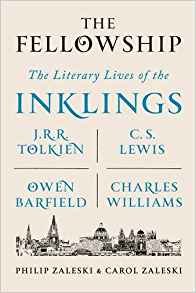 We are thrilled and honored to receive this award.

For fifty years (and counting), the Mythopoeic Society has been the embodiment of Tolkien's "Philomythos," caring for the legacy of the Inklings and their kind, advancing the scholarly study of that legacy, guarding it with watchful eyes against misguided interpretations, celebrating its enduring significance, and — looking to the future as well as the storied past — welcoming younger scholars and undreamed-of perspectives and approaches. It means the world to us to receive this recognition from you who are experts and custodians of this field.

Like most of you, we began reading the Inklings and other mythopoeic writers when we were young, and we grew up spiritually and intellectually in the worlds they imagined. We loved to read for the reason Lewis famously stated: "we seek an enlargement of our being. We want to be more than ourselves. . . . We want to see with other eyes, to imagine with other imaginations, to feel with other hearts, as well as with our own." All literature offers us this gift, but we have found that mythopoeic literature of the Inklings sort has a peculiar power to lift us out of our blinkered vision, to enable us not only to dream more vividly but also to think more freely and reason more clearly. As we confront a violent, troubled world, the Inklings teach us that it is possible to be hopeful, invincibly hopeful, without living in a fool's paradise.

When we began work on The Fellowship over a decade ago, it was like stepping into a great river. There had been major studies of the Inklings group as a whole before us (Humphrey Carpenter, Diana Glyer, Colin Duriez, and others), as well as of individual Inklings, with a constant stream of new texts, critical editions, biographies, and interpretations. We were fortunate to be working on this project just as Owen A. Barfield was finishing the cataloguing of his grandfather's letters, and we are grateful to his generosity in sharing this material with us at the earliest possible moment. It was a joy to have the opportunity to meet a number of people who knew the Inklings personally; we were acutely conscious that this was a privilege that future generations of Inklings scholars wouldn't be able to enjoy, even though, thankfully, there are other ways of entering the stream. And how we relished our time at the Marion E. Wade Center and the Bodleian Library — a true otium liberale. It has been an amazing privilege to accompany you all on this stage of the journey as the road of Inklings and mythopoeic studies goes ever on and on. Heartfelt thanks! 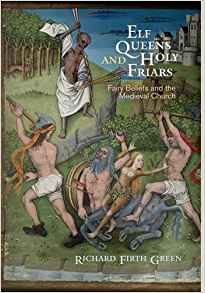 I very much regret that prior travel plans have precluded my joining you at Mythcon this year, but I'm very glad that I am still able to convey to you how delighted and grateful I am that Elf Queens and Holy Friars has won the 2017 Mythopoeic Award for Scholarship in Myth and Fantasy Studies. Looking back over past winners (some of whom — Alan Lupack, Steven Knight, and Tom Shippey — I can count as friends) I am deeply honored to find myself included in such a distinguished company. As it happens, I was reading the late Diana Wynne Jones's Fire and Hemlock on a flight back from England only a couple of days ago and was gratified to see that she was a two-time winner of your Fantasy award; I have been a friend of hers and her husband's for many years and only a week ago I was looking at the actual picture that inspired Fire and Hemlock.

Recognition of my work by the Mythopoeic Society is particularly gratifying since Tolkien, Lewis, and even Owen Barfield, have all influenced my own scholarship (I'm now on my second copy of Tolkien's edition of Gawain and the Green Knight — the first having become so tattered and covered with notes as to have earned itself an honorable retirement), and it is with some chagrin I confess that I'm old enough to have actually seen Tolkien himself lecture on Beowulf at Oxford. It is to C.S. Lewis, however, that I owe the inspiration for Elf Queens and Holy Friars. I had always turned to the brilliant chapter on "The Longaevi" in his Discarded Image whenever I needed to introduce my students to medieval fairy lore, but it was a remark in the much less well-known posthumous publication, Studies in Medieval and Renaissance Literature, that focused my ideas for this book. Writing of medieval marvels, Lewis said: "Probably such things did not occur. But if no one in real life had either seen, or thought he saw, or accepted on hearsay, or dreaded, or hoped for, any such things, the poet and romancer could do nothing with them." This recognition that for the middle ages, fairies were not — or not wholly — fantasy, offered me a new way of looking at their vital contribution to the world of medieval romance, and accordingly my book attempts to explore the meaning of fairyland as a real presence in the lives of medieval people. Lewis's essay appears to have been intended as the first chapter of a book that, alas, he never lived to complete, and I would like to think that in this way Elf Queens and Holy Friars makes a modest contribution to his great legacy. Your collective and expert endorsement of my work, therefore, affords me particular satisfaction and I thank you for it wholeheartedly.