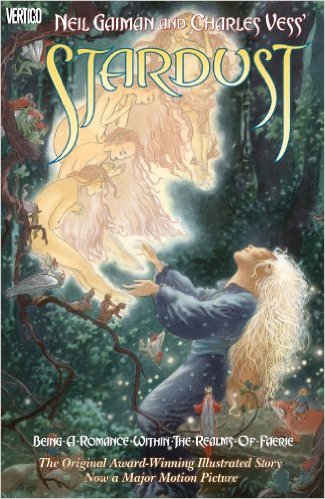 When David Bratman let me know, last month, that I was shortlisted for the Mythopoeic Award, I told him how thrilled I was, but I also gave him to understand, in no uncertain terms, that I would never get it. After all, I told him, the only awards I ever get are the ugly ones: awards in the shapes of bombs, springs, bricks, lumps of plastic, Easter Island H.P. Lovecraft heads and the occasional unlovely wooden plaque. I never get the pretty ones.

Which made me certain I knew I'd not win, since I have I've coveted the Mythopoeic Award, simply as an object, never mind anything else, since I saw one some years ago on Ellen Kushner's mantlepiece.

But the object that gets handed over only symbolises the award. Like icebergs, the important part of an award is invisible.

In this case, the important part of the Mythopoeic Award is what is stands for, and what it represents.

As a writer, as a reader, and as a human being, I owe an enormous debt to C.S. Lewis, and to J.R.R. Tolkien. I discovered Lewis at the age of six -- my seventh birthday present was the complete Narnia stories (I'd already read to pieces the three I had acquired by then), and I read them over, and over, for the next several years. It was the first time I'd really been aware that there was a writer behind the stories.

Tolkien had to wait until I was ten. My school library had elderly red cloth hardback copies of The Fellowship of the Ring and The Two Towers. I read them. I reread them. I kept reading them. I blush at the recollection (especially in the knowledge that there may be librarians present) but eventually I "liberated" them from the school library, so that I could keep reading them, at night, at home, and in the school holidays. When, at the ripe old age of 12, I won the school English Prize, I asked for and received The Return of the King, so that I could finally stop reading the first two books, and find out how the story ended.

Both writers helped form me. As a writer. As a reader. As a person. My thanks to them.

Stardust was a book written to try and repay a specific debt to them, and to a number of authors, most of whom whom I discovered through Lin Carter's Ballantine Adult Fantasy Line: Lord Dunsany and Hope Mirrlees and James Branch Cabell, Ernest Bramah and the rest of them. There was a joy to that line, even to the lesser books in the line: a feeling that these books were written in a time when there was nothing at all odd about an author taking us to Faerie as casually and as competently as the same author might have taken us to San Francisco, to Khatmandu, or to Peckham. That they were written when fantasy was a form of magic, before it was a viable commercial genre.

My thanks to them.

I could not have written this book without Charles Vess. He was the first audience for it -- I would phone him after I wrote a chapter, and read it to him -- and his drawings and paintings crystallised it for me as I was writing it, embodied my people and places in a way that was nothing short of miraculous. It wouldn't and couldn't have existed without him.

So thanks, Charles. (And Charles sends his thanks and gratitude to all of you.)

And to all of you: I am extraordinarily grateful for the award (as I was for the nomination, last year, for Neverwhere). Not just because I'll have a lion -- and all he embodies -- for my mantel, but because I find myself in

remarkably good company. I wish I could be there with you all tonight. 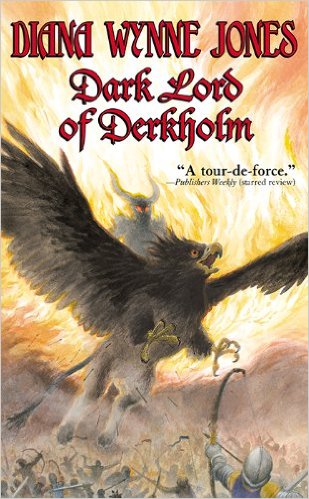 This is the second time the Mythopoeic Society has given their award to one of my books. I am delighted, overwhelmed and also forced to believe that you all enjoy what I write. A book for children is first of all to enjoy, and after that it can be full of all the other things books can do for children -- mostly, I believe, to encourage them to think for themselves. This book, Dark Lord of Derkholm, arose because I encountered large numbers of folk who were NOT thinking for themselves. I was helping friends compile The Encyclopedia of Fantasy, going through alphabetically the various features of fantasy books, such as Dark Lord, Gladiator, Galley Slave, Mountain Pass, Nunnery and so forth. At "Nunnery" we all spoke in chorus: "Nunneries are for sacking." At which I remarked that I could write the guidebook for this country all these books were about, they so much all the same. So I did. I wrote The Tough Guide to Fantasyland as if it were a guide for tourists. Then, naturally, I got to wondering how the people who lived in the country that was being toured might feel about all the wars and Final Encounters that kept devastating their world. After that, Dark Lord of Derkholm almost wrote itself. The griffins, and everybody else, just arrived, as if by magic, which it probably was. I enjoyed writing the book enormously, and I am

glad that the Society found the book of enough value to honour it in this way. I am overjoyed to accept this award. 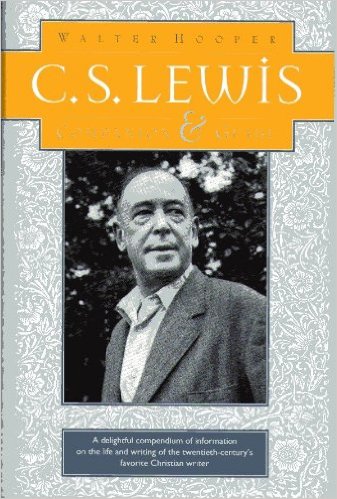 Because of the very high honour you have conferred on me I think you may wish to know a little about the origins of the Companion. When the publishers originally approached me about a "C.S. Lewis Handbook," they had in mind a short work of 125 pages mainly about Narnia and Shadowlands. They hoped I could do it in nine months. The more I considered it the more it seems to me that something else was needed -- a cordon sanitaire we might call it -- a barrier separating the myths growing up about Lewis from the more interesting facts. Could that be done in 125 pages over nine months? It'll amuse you to know I tried. However, a lady whose husband is the subject of one of the biographies assumed that by "biography" I meant -- not a third of a page -- but something more substantial. Then the rest of her family began making their contributions. As that little biography got longer, the others called for the same treatment. And then lest the biographies be out of proportion to the book, the "Life" and all the other sections had to grow as well. Nine months turned into a year and I was still only at the beginning.

As the content and the length of the book changed to fit my notion of a cordon sanitaire, I began to have a different audience in mind. I hoped the Companion would benefit not only those who knew very little about Lewis, but people such as yourselves who know a great deal about him and his world.Would there be anything in this book for you? The Lewis family had wondered for years when "The Great Knock," Mr W.T. Kirkpatrick, was born.In my long search for the date of his birth I hoped I was doing the kind of research Lewis scholars are interested in. Increasingly the cordon sanitaire I had in mind had almost nothing to do with theories about Lewis but, to paraphrase a comment of Dr Johnson's Lewis repeated often, "Men require more frequently to be reminded of what Lewis believed than to be informed of something new." I thought I saw how the synopses of his books might be useful. Finally, by the time the work was finished four years later I'd exhausted the patience of the publishers, and was almost too tired to remember what I'd set out to do. Whatever stupor remained from my work disappeared when I opened a letter from David Bratman informing me that the Companion had been awarded the 1999 Mythopoeic Scholarship Award in Inklings Studies. I was overwhelmed, and still am. To paraphrase a well-known passage of Lewis's, I was so far from thinking such an Award possible that I'd never even considered it. Nothing like this has happened since

1975 when you gave the same award to the biography of Lewis I wrote with Roger Lancelyn Green. I am deeply, deeply honoured. Thank you all very much. 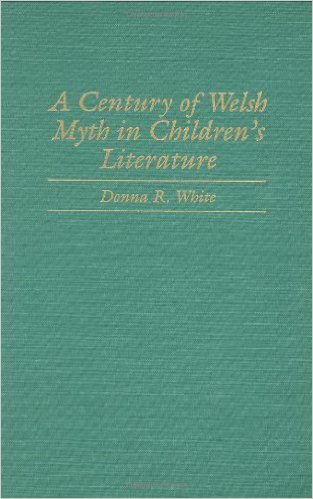 I am astonished, flabbergasted, and completely hornswoggled to be accepting the Mythopoeic Society's Scholarship Award in Myth and Fantasy Studies. I never expected anybody to read A Century of Welsh Myth in Children's Literature, let alone give it an award. That is not to say that I don't value my own work, but to the best of my knowledge, there were only three people in the world who had an interest in the Mabinogi as children's literature, and one of them was me. Another was a graduate student in Cardiff, and the third was Charles Sullivan III, the man who sponsored the book's publication. Having received rejection letters from every known scholarly publisher, I was so thrilled to find a home for my manuscript that I swore I would light a candle in Chip Sullivan's name every day of my life. Now it looks as if I shall have to invest my entire life's savings in candles -- how many members are there in the Mythopoeic Society?

This award means more to me than a Pulitzer or Nobel Prize ever could, because you represent the primary audience for any work about myth or fantasy. And you are an intelligent, informed audience that clearly does not suffer from any prejudice toward the study of children's literature. The Pulitzer and Nobel committees wouldn't have a clue. I'm very glad that my book has found such an ideal readership and very grateful that you find it worthy of recognition. Winning this award is like getting an A+ from a favorite teacher. I now have a thorough understanding of the phrase "tickled pink."

I don't want to bore you with a list of names, so please read the Acknowledgements for my thanks to all of the people who made the book possible. Without their encouragement and assistance, I would not be sitting here writing this acceptance letter.

Thank you very much for honoring A Century of Welsh Myth in Children's Literature. I will cherish my lion always.